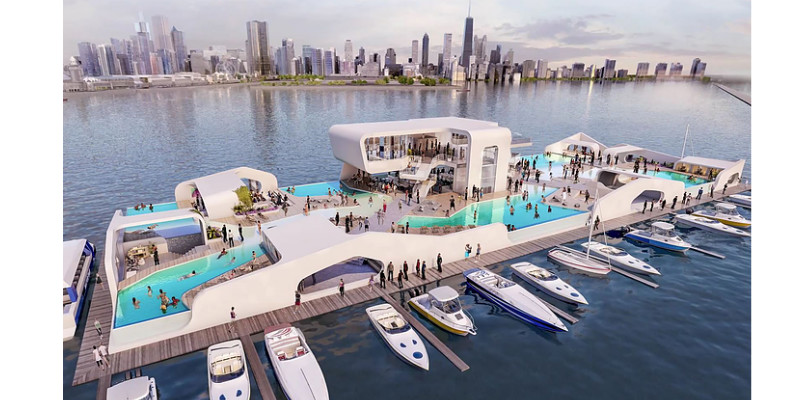 Last week we had a chance to catch up with Beau D’Arcy, the Co-Founder and President of Breakwater Chicago. In case you are not sure what Breakwater Chicago is, allow us to fill you in, so you can start booking your tickets to the Wind City.

Breakwater Chicago is a 300×100 ft floating entertainment destination/vessel being designed as a part yacht, part island resort that will provide its guests with multiple restaurants, a spa, sun-decks and a swimming pool. It will be situated on Lake Michigan, floating about 1.1 miles off Chicago’s shore line, offering the city’s residents and visitors a unique getaway. 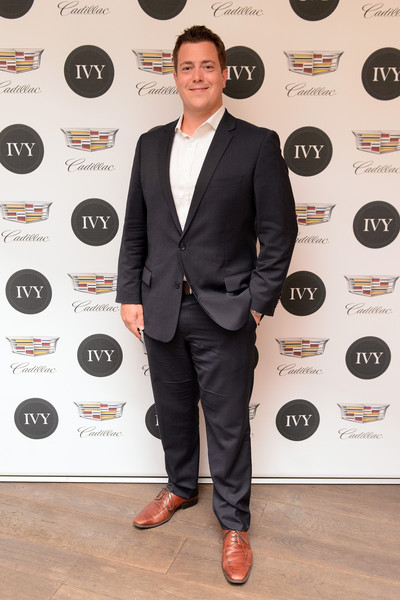 This project is spearheaded by Beau D’Arcy, also known as “The Captain.” Beau’s undergraduate degree is in Mechanical Engineering from Rose-Hulman Institute of Technology. Upon graduation, he started working at Eli Lilly in Indianapolis as an HVAC engineer, project manager and team leader. In 2008 he enrolled in Harvard Business School for its MBA program. During his studies there he interned  for The Venetian Las Vegas. Upon completing the program and his internship, Beau moved back to Chicago, his hometown. Here he launched two startups, Effortless Efficiency and Heat Wrangler, both focused on increasing home-energy efficiency for homeowners throughout Chicagoland. For the last four years he has been working on Breakwater Chicago.

From inception to execution

His experience working in Las Vegas gave him the initial idea of creating a space that would combine a swimming pool and an entertainment center. Beau decided to take advantage of Chicago’s great harbor system to take his idea to the next level – creating the first major boating destination in the area. Due to the unique nature of the project, the next step was to understand its feasibility from the engineering standpoint. Beau’s engineering background was certainly an asset in developing the concept. He also reached out to maritime engineering experts to ensure the project’s feasibility.

Compliance has always been high on the list of priorities for Beau, so, as the next step, he and his team spent a considerable amount of time research maritime law, understanding the necessary permits to build and operate the vessel. It will be regulated by the United States Coast Guard, which means it has to comply with a number of regulations that would normally be applied to a boat as opposed to a building. 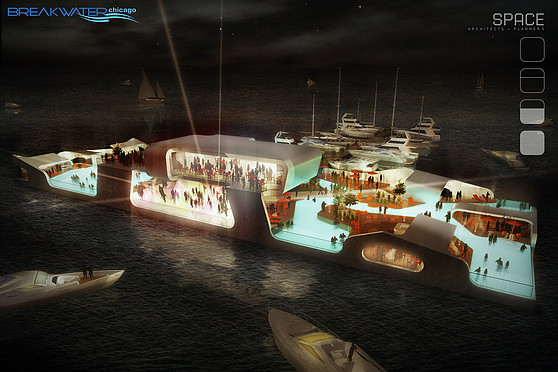 Once this step was completed, it was time to raise capital to start transforming the idea into reality.

While it was originally a concern among some Chicago residents that the project may want to tap into tax dollars, that was never the plan, explains Beau. Most of the funding has been secured through private investors. However, Beau and his team wanted to make sure that Breakwater Chicago developed as a true community project. That’s why they used crowdfunding and crowdsourcing platforms to raise capital and source design ideas for the vessel. Kickstarter was used to both raise part of the capital and awareness as well as to generate feedback. About 80% of donations on Kickstarter came from Chicago residents, with another 5% from those living in the surrounding areas. Even those living on the East and West coasts as well as those living outside of the US made donations. Check out this fun interactive photo mosaic of everyone who made a contribution.

I was fascinated with the idea of leveraging talent from all over the world to help put the design together for our vessel. 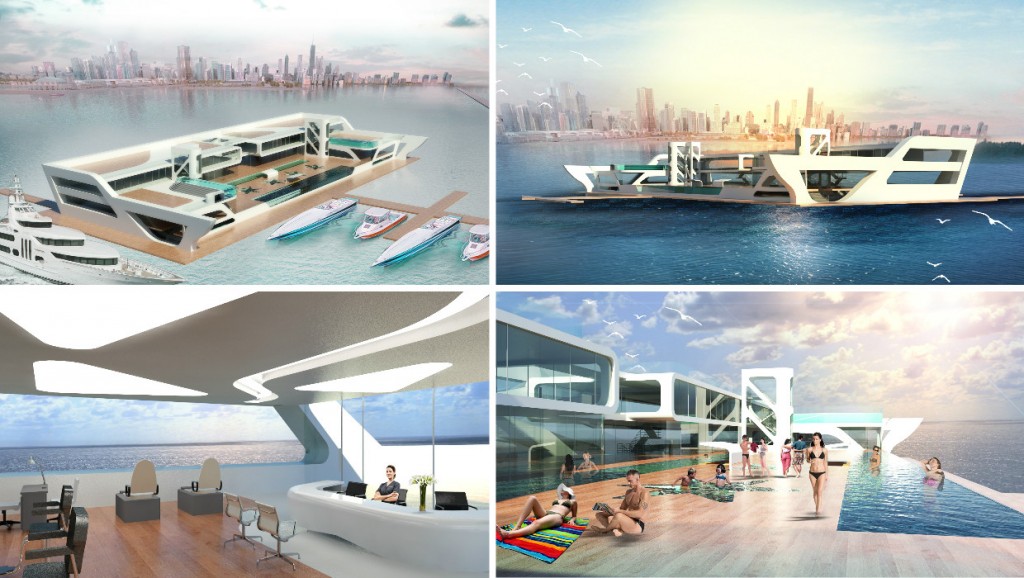 Breakwater Chicago is currently working with naval engineering firm, Elliott Bay Design Group, on creating design drawings that go to the shipyard that is constructing the vessel. These design drawings are in large based on the submissions that Beau received while hosting the competition on Arcbazar.

As we started developing the concept, we looked at how we could mix maritime engineering and design with a more traditional hospitality land-based design. You don’t really ever see these two combined together.

The team wanted the exterior of the vessel to feel like a yacht or a ship, which is why it will feature white exterior surfaces with tinted glass. The interior, meanwhile, will give the illusion of being on dry land, while at the same time complying with USCG regulations for safety equipment and features.

Ensuring that both the development and the maintenance of the vessel have no negative environmental impact on the lake and surrounding area has always been a must for Beau and his team. Water efficiency and energy efficiency are driving the development. The vessel will generate its own electricity, which, in fact, is a pricier option than making arrangements with a local utility provider.

The team is looking into cutting edge solutions when it comes to sustainability, one of which is replicating a green roof concept on the bottom of the ship.

It will essentially be an underwater garden that attaches to the bottom of the vessel, helping improve the water quality around our site.

Make sure to check out the website of Breakwater Chicago for additional information on its sustainability plans.

Here is what you can look forward to

As a guest, you will have access to a series of swimming pools, which during colder periods will be covered with a dome, allowing you to temporarily escape unpleasant weather and spend a few hours in a tropical paradise. By the way, if you don’t have a boat, you will still be able to easily get to the island via a water taxi service.

There will be three restaurants on board: one featuring traditional Americana menu, one where you can satisfy your seafood cravings and one ‘pop-up’ with a rotating menu.

On the second level, you 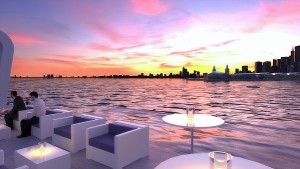 will be able to enjoy a spa – get a massage, a mani-padi or use the services of make-up and hair stylists. This level will also have a number of lounges, where you can sip a cocktail and enjoy the beautiful skyline of the city.

Finally, on the top level you can get your tan on or simply enjoy the warmth of the sun.

We most certainly are looking forward to the opening of Breakwater Chicago, googling “Boston-Chicago flights” as soon as we post this article!

architecturedesign competitionexterior designinterior designinterview
Previous Article10 Awesome Bookshelves that Will Make You Want to Own Lots of BooksNext Article10 Cool Pieces of Furniture and Accessories for Your Home Office! 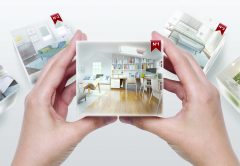 Michael Crosbie: Interview with Imdat As – “Doom or Bloom: What Will Artificial Intelligence Mean for Architecture?”