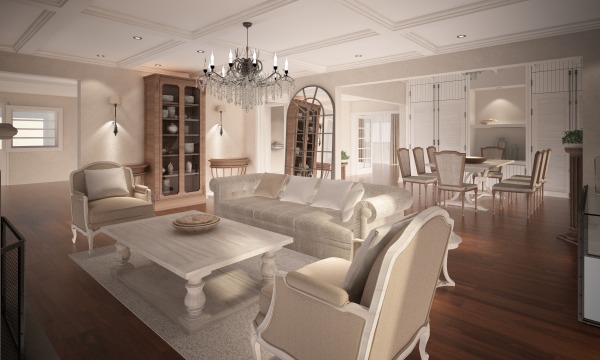 It is undeniable that, to the average citizen, just hearing the words “Bel Air” will conjure up mental images of suburban decadence. Bel Air, California, positioned just north of Los Angeles, has been the setting for many a Hollywood feature. From the long-running sitcom “The Beverly Hillbillies” to the mid-90s youth-programming staple “The Fresh Prince of Bel Air,” the media’s portrayal of this southern California town have typically treated it with a pristine, upper-class aesthetic.

According to Trulia.com, the median sales price for homes in Bel Air for Jun 13 to Aug 13 was $1,895,000. This estimate sets the median home sale price for Bel Air well above the Los Angeles (and national) average. Yet, with this figure around six times the national average, it should be expected that architectural and design services would be similarly expensive.

This was the problem Daniel faced after purchasing a 2,300 square foot house in Bel Air. Needing to renovate and decorate the entire space, Daniel expressed his concern that hiring an architect or designer in his immediate area would leave him “paying a fee of three times as much to one local person for only one design.” Needing flexible design alternatives at a cost which would still allow him to furnish the home, Daniel turned to Arcbazar.com.

Arcbazar.com, the first-of-its-kind crowdsourcing platform for architectural design services, facilitated a competition in which architects and designers from around the world competed for Daniel’s heart (and prize money) by submitting their best designs. After uploading all the conditions and stipulations of his project such as total expected budget, must-haves, and decorating considerations, Daniel launched his first contest with Arcbazar.

Over the course of the two-week contest, Daniel had 25 architects and designers sign up for his contest, with 10 of them submitting detailed submissions by the end of the contest window. Daniel says of the submissions he received: “I was surprised about the amount of time invested by each. They asked questions along the way about how I planned to use the house and what I cared about. The presentations submitted by each looked like photographs of an after development. These were very professional efforts, and useful to me.”

Yet, Daniel received more than static blueprints: “Several entries were by talented architects who showed me how to move walls to accommodate extra bedrooms, and how to create a more modern flow in the house. Some submissions had a greater focus on the furniture and for each piece suggested there was a website link list to allow me to find the exact store to order it from, and their price.” 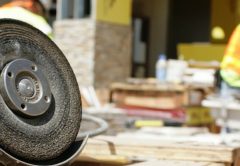